by The Burning Hell 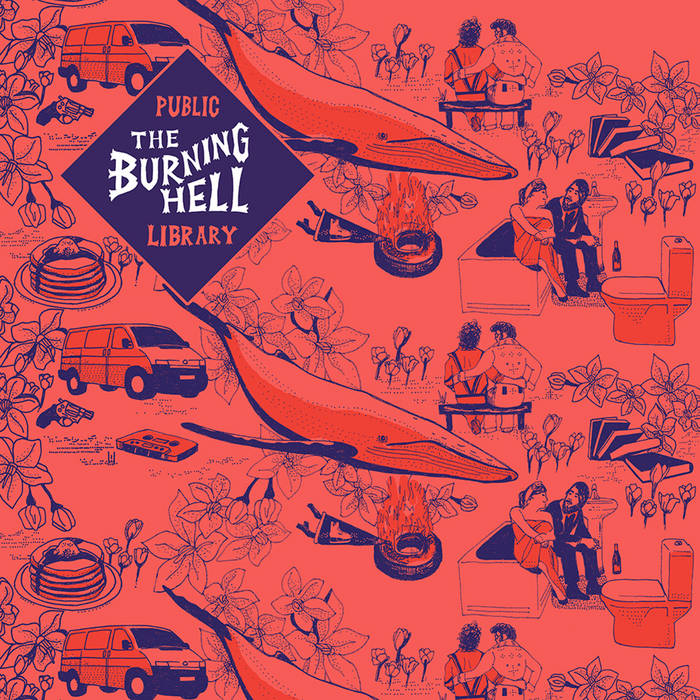 The seventh Burning Hell album is a collection of eight short stories drawn from different sections of the bookshelf of the brain. A murder mystery rubs shoulders with a biography, while a romance leans against a prison diary. There’s a killer priest, a nameless band lost in Yorkshire, and Elvis and Michael Jackson moonwalking their way into space and/or global annihilation. Despair and hope go hand in hand here, and although Mathias Kom’s songwriting has never been wordier, the stories never stranger, and the band never louder, the essence of The Burning Hell remains constant: life is not really so bad, as long as you can laugh a little and you have something decent to read.